Four generations ago, in 1918, Ted Vanderwerff Sr. established our general contracting business, which is now known as Vanderwerff Construction Company, Inc.  Ted Sr. was a cooper from the old country.  After coming to Libertyville, he became a carpenter and built many notable buildings.  Three of these buildings, the Public Service Building (now Harris Bank) Masonic Temple and Libertyville High School’s Jackson Gym, still stand in Libertyville, Illinois. 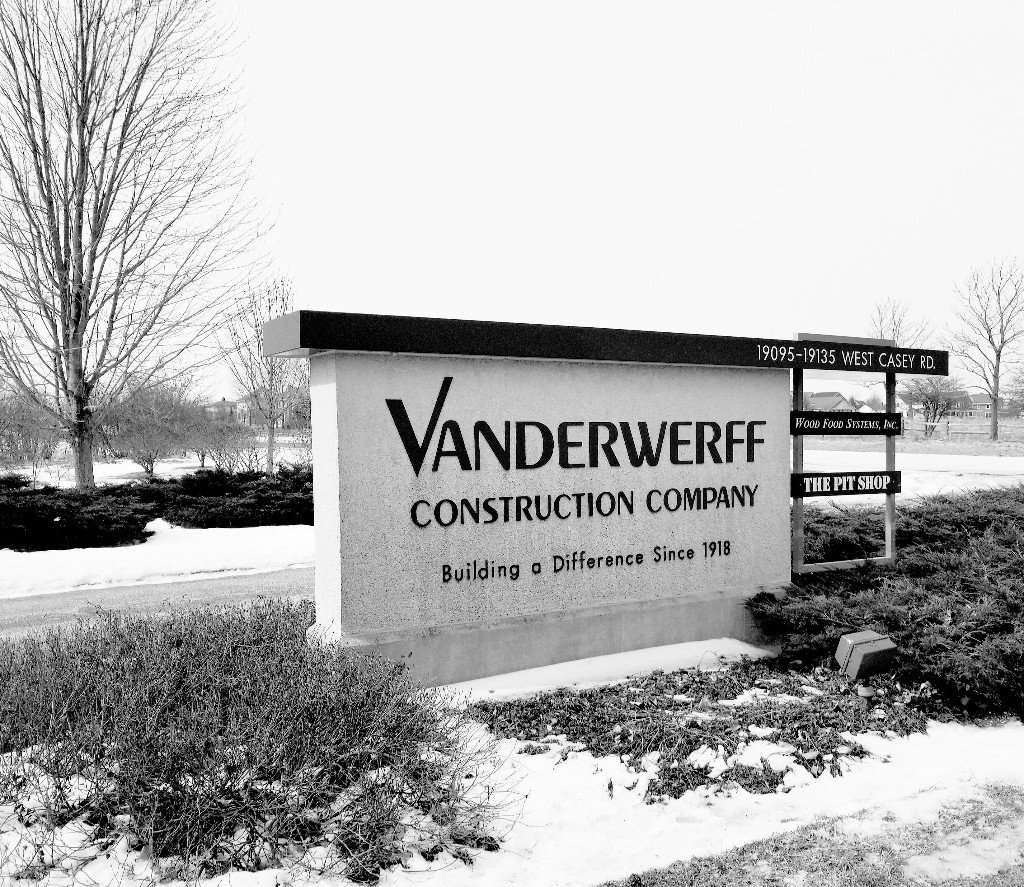 Ted Jr. was also a carpenter and joined his father in 1946, eventually running the company after Ted Sr. retired in 1950.  During Ted Jr.’s tenure, he built banks, motels, lumberyards, industrial buildings, the Libertyville Municipal Building (now the police station) on Cook Avenue, as well as many other structures throughout Lake County, Illinois.

In 1974, Dale, the third generation Vanderwerff, joined the firm.  Dale began his career at Vanderwerff Construction Company as a construction laborer while he attained his degree in business administration.  After graduation, he learned the carpentry trade and project management on the job.  He has since earned his Master’s degree in business management.  By combining his education with his experience in the construction industry, Dale has been able to carry on the Vanderwerff Construction Company legacy of customer satisfaction while incorporating modern construction techniques and his business management philosophy.  Dale and his father restored the Public Service Building (originally built by Ted Sr. and now known as Harris Bank) in the early 1980’s, allowing it to be placed on the National Historic Register.  After Ted Jr.’s retirement in 1987, Dale has continued the legacy, completing such projects around Lake County, Illinois, as the Mount Sinai Baptist Church in North Chicago, Zengeler Cleaners (north Libertyville Facility), Dr. Burkey’s Orthodontist office in Vernon Hills, Bruce’s Out’ a Sight Self Storage in Lake Barrington, and the Firkin Restaurant in Libertyville.  He has also been involved with the restoration and alteration of turn-of-the century buildings, many of which received design approval from Mainstreet Libertyville.

In 2005, Dale’s nephew, Dale Villiard, joined the company, becoming its fourth generation family member. Dale received his engineering degree from the University of Illinois.  He grew up in a family run business and being entrepreneurial seemed second nature to him.  In 2015, he certified the firm as  EPA-Lead Safe.  Dale has completed such projects as the U.S. headquarters of Rollomatic in Mundelein, Messiah Lutheran Church in Wauconda, the Easter Seals building in Waukegan, the First Baptist Church in Waukegan and Immanual Lutheran Church in Evanston.  After Dale Vanderwerff’s retirement in 2018, Dale Villiard continues to to do great work while developing our costumer base in Central Lake County.

We remain dedicated to our primary goal of customer satisfaction through personal service.